Take a look at the different stages and methods of rugged tablet testing, with a special focus on custom Android tablets, smartphones, and devices.

IP Ratings (International Protection Rating), NEMA (National Electrical Manufacturer’s Association), and MIL-STD-810G (Military Standard) were all covered, and this month, we will look at some of the testing methods involved with these standards. These ratings are for all electrical devices, but the article will be focused on Android smartphones and tablets.

Below are 8 of the testing procedures that tablets and smartphones must endure to reach particular rugged standards.

There are 3 procedures involved with testing high temperature: storage, operation, and tactical-standby to operational:

a) Storage procedure exposes the tablet or smartphone to high temperatures while the Android device is turned off. It tests the durability of the physical materials that make up the device.

b) Operation procedure focuses on how the tablet or smartphone puts up with heat while in use.

c) Tactical-standby to operational testing gauges how the Android device works under different temperatures while operating after being exposed to high storage temperatures. 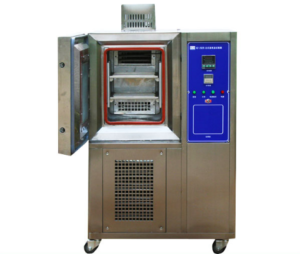 a) Storage – this is the same as the storage procedure above except with low temperatures.

b) Operational testing involves slowly cooling the Android device to the lowest temperature in the appropriate range and leaving it there for 2 hours, checking visually if the Android device is still functioning during that time.

c) Manipulation tests the ease at which the Android device can be set up and disassembled while wearing heavy winter clothes (the use of gloves might be an impediment to operating the systems).

In general, companies will publish both storage and operating temperature specifications, but rarely, if ever, manipulation for smartphones or tablets.

The results of this test help to determine what IP (Ingress Protection) rating the Android device gets for protection against liquid. There are 2 relevant procedures: Rain and blowing rain, and drips.

a) Rain and blowing rain procedure is for Android devices that will be used outside. The smartphone or tablet is subject to the wind sending water drops at the device, with the water 10 degrees Celsius colder than the device, for 30 minutes.

b) Drips are aimed at Android devices that would not be subject to rain, but could still be exposed to some falling water. Again the water is 10 degrees Celsius below the device temperature and the water is dropped over the tablet or smartphones upper surface from 1 meter for 15 minutes. 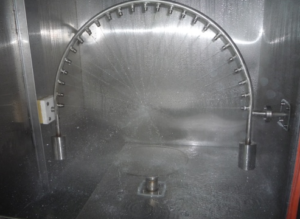 Here, we have 2 procedures (storage and transit, and aggravated) that test how well the smartphone or tablet can hold up to warm, humid air:

a) Storage and transit tests the Android device in three 24-hour cycles, mimicking conditions that may occur during storage and transit, and another three to represent natural environment cycles.

b) Aggravated exposes the Android device to more extreme humidity levels for less time. Some testers choose this procedure as it is less time consuming even if the results don’t completely reflect actual conditions.

Sand and dust test involves 2 procedures (blowing dust and blowing sand) for testing how well the tablet or smartphone is able to keep out particles:

a) Blowing dust procedure tests ingress (the action of going in or entering) of dust particles that are smaller than 150 micrometers (μm). To test this procedure, start with the wind at 8.9 meters/sec (1750 feet/min). Then, feed the dust at an average concentration of 10.6 grains per cubic meter (0.3 grains per cubic foot). Maintain for at least six hours at a standard ambient temperature (room temperature with the device powered on), rotating the device to eventually expose all sides. Then, raise to operating temperature (still powered on), lower the wind speed, stop the dust, and test for another 6 hours, rotating the device as necessary.

b) Blowing sand procedure tests ingress with particles that are between 150 μm and 850 μm. The test starts at an operational temperature and requires much higher wind – 18 to 29 meters/sec (40-65 mph) in order to move the heavier particles. The sand concentration will vary widely depending on the target environment — the high end simulates being near aircraft, for example. The test is run for 90 minutes for each face the smartphone or tablet has, stopping the sand and the wind in between the sides so that it can be rotated safely.

Check out this video to see a sand and dust chamber test in action.

“Partial immersion is used in cases where the device is designed to float, but other than the depth, the test is largely the same.”

This tests whether an Android device warrants an IPx7 rating. There is only one procedure used for tablets and smartphones.

Immersion includes putting any part of the smartphone or tablet underwater. The test starts by weighing the device. Then, every panel, door, or cover that might be opened during use is opened and closed three times each. To test the effects of a temperature differential on the seals, the device can be warmed up to 10 to 27 degrees Celsius above that of the water. Then, the Android device is placed into the water so that its top side is one meter (3.2 feet) below the surface for 30 minutes. Partial immersion is used in cases where the device is designed to float, but other than the depth, the test is largely the same.

This test does not cover the highest IP rating for liquids – 8, as it involves depths of more than one meter with longer durations.

This test is designed to determine if an Android device can cope with the vibrations it would be exposed to in its life cycle.

What types of procedures a smartphone or tablet is exposed to will be determined by what life-phase it is in (manufacture, transportation, operational, or supplemental) and where it is located (in a facility, a certain type of vehicle, etc.). This calculation puts it into a numbered category that determines specifically which testing procedure will be necessary.

Most of the tests involve using laboratory shakers set to different levels to simulate being on a vehicle or carried by a person. Variations in the vibration’s waveform, frequency, and intensity will change depending on the type of device and the environment being simulated, as will the actual duration of the testing. 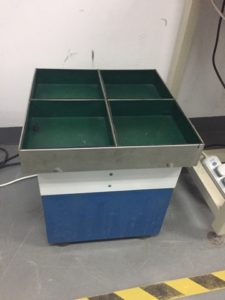 This method includes all drop, shock, and impact testing. There are 8 different tests that can be carried out to gauge how well an Android device can put up with the general physical abuse while in operation.

The ‘Transit test’ is the most common of the 8, primarily designed for materials being loaded or unloaded from a vehicle, or taken off a shelf. But now, it is relevant for most operational instances for smartphones and tablets. It basically just tests how an android device holds up to impacts while falling from certain heights.

How extensive the transit test gets is determined by the object’s weight. Smartphones and tablets would fall into the first category, which is for products weighing less than 100 pounds and lengths of less than 91 cm (36 inches). The floor of the drop zone is 5cm (2 inches) of plywood over concrete, which was determined to be the most common surface a device was likely to land on. Testers drop the device from a height of 1.2 meters (4 feet) on each of its 6 faces, 12 edges, and 8 corners, for a total of 26 drops. They visually inspect for damage and determine whether it still works after each drop. If a manufacturer requests, the 26 drops can be divided among five identical items.

Check out this video of a drop test for a rugged tablet case. 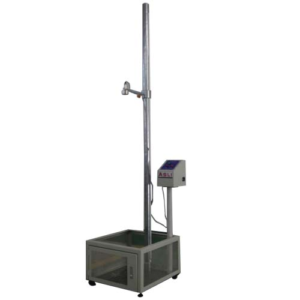 If you are looking at developing and manufacturing a custom rugged smartphone or tablet, it would be recommended to get familiar with these testing methods and understanding what is required from your Android device to ensure it is fit for its use case. If you have any questions on any of these testing methods or want to find out more, please let me know in the comment section below.